Big tip for anyone travelling to Guatemala at Easter. Don’t go to Guatemala City. The whole place is basically shut for the weekend as its one of their main holidays. They call it Semana Santa and there are a lot of processions of women carrying Mary and Jesus. 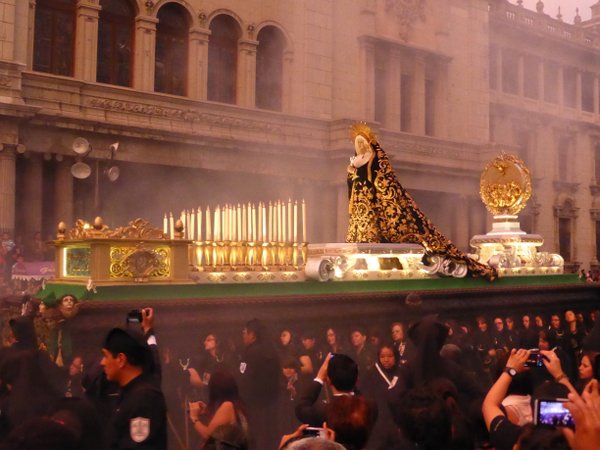 Followed by a procession of people selling sweets and candy floss. It’s what Jesus would have wanted. 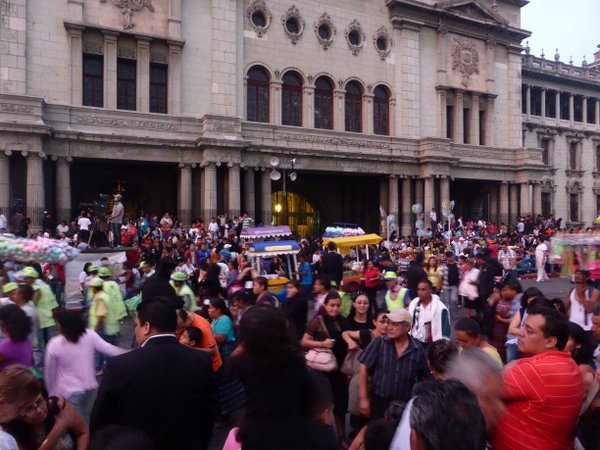 There were also some fairly odd costumes worn, that made most of it look like a scene from Star Wars. One of the good ones was the Spanish Inquisition headdress. 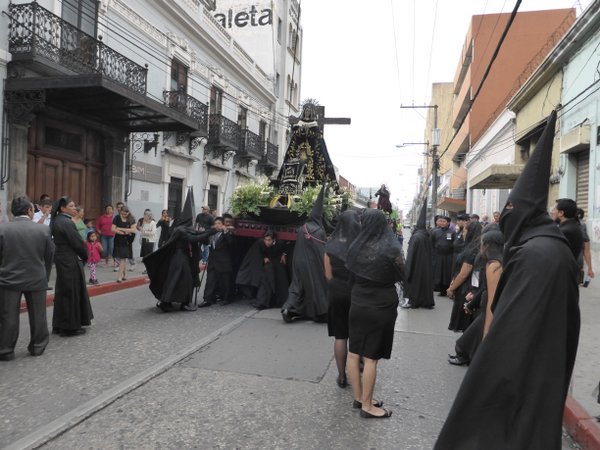 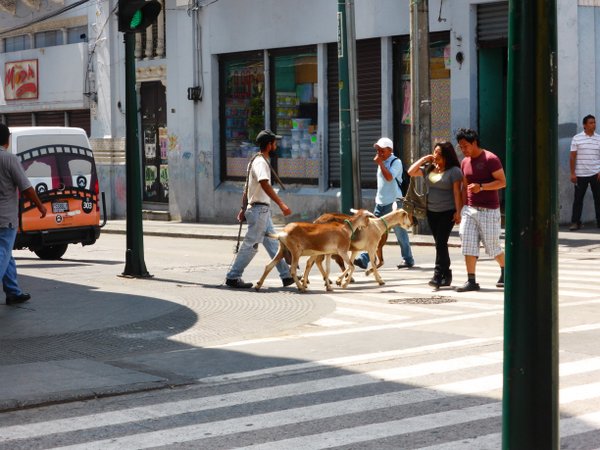 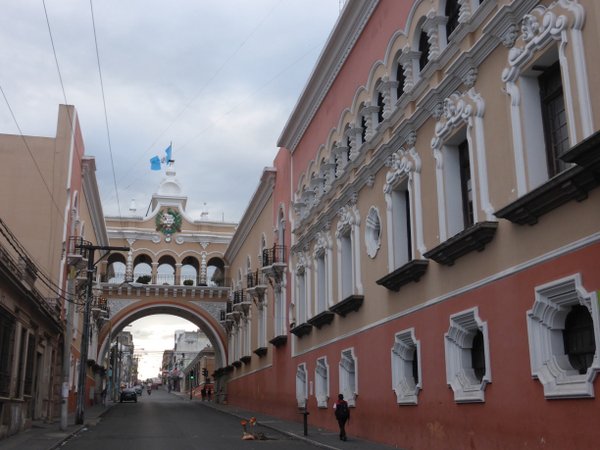