After Cuba, we took a flight from Havana to Cancun in Mexico. Then after an afternoon there, an overnight bus to Belize City, then a quick ferry ride to an island called Caye Caulker. Its a very relaxing island with only golf buggies and bikes for transport. We used airbnb.com to find the place where we stayed. It was a great place, plus they had bikes for us to use. Took about 2 hours to cycle leisurely around the island. 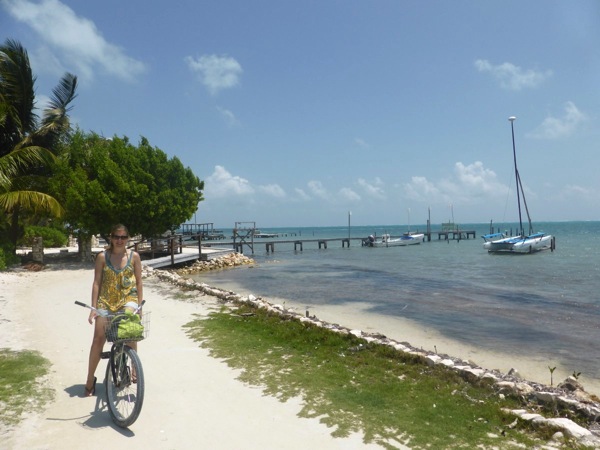 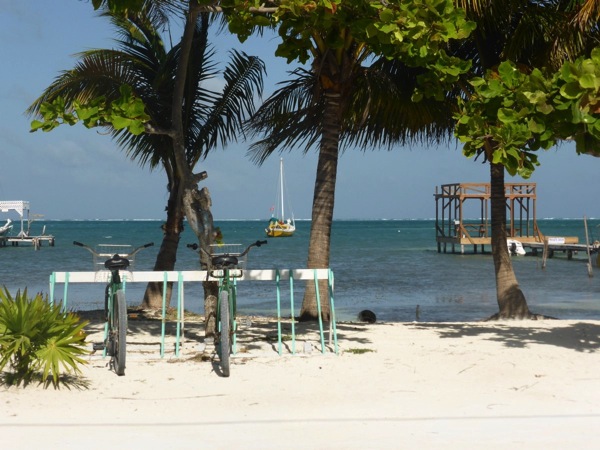 We did an afternoons snorkelling trip which included swimming in Shark Ray Alley. Becks eventually got in after the guide caught a shark and manta ray and got her to stroke them. That’s me on the left. 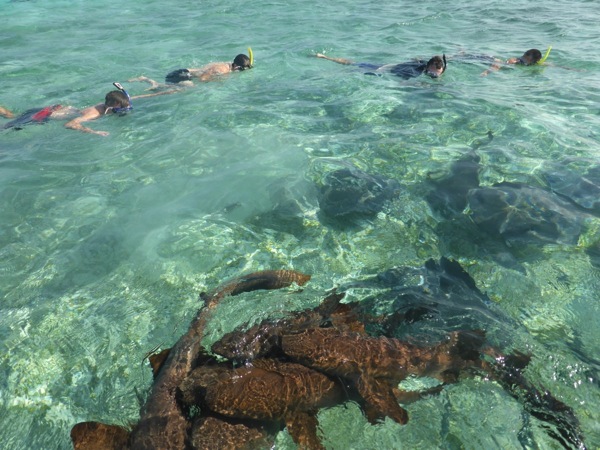 We also took a sunset cruise. 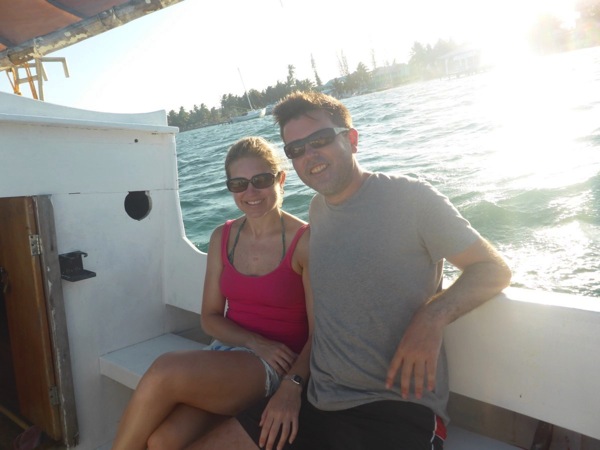 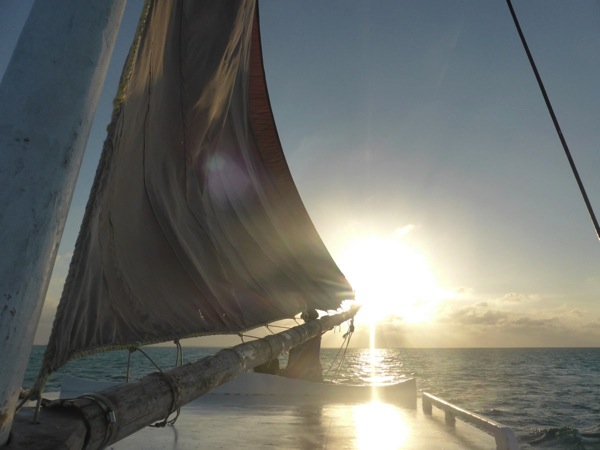 The Captain let me sail for a bit. 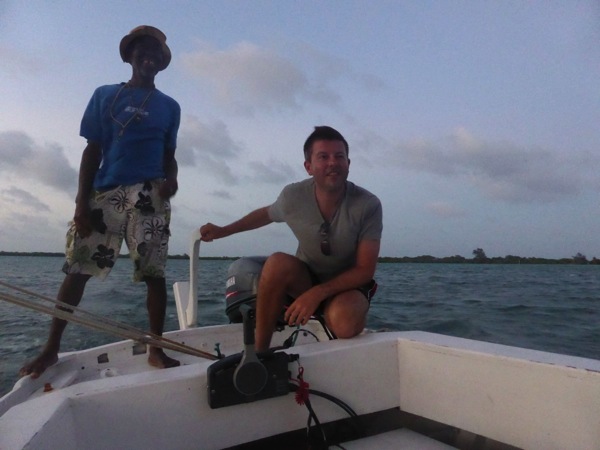 It went past this shack in the middle of the sea. Apparently you rent it by the hour?! 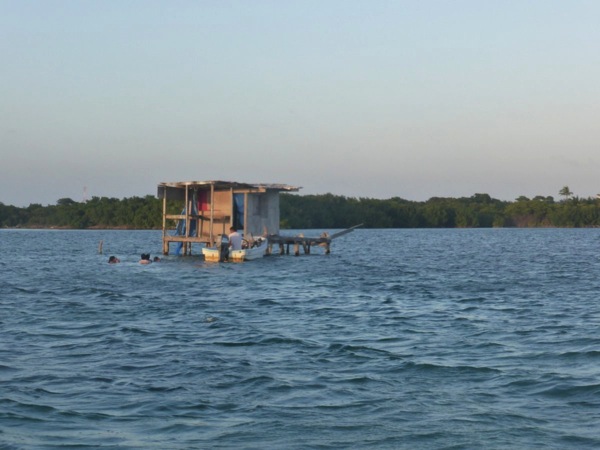